Massive plans to redevelop CityView Plaza in downtown San Jose are getting one step closer to reality.

The San Jose Planning Commission unanimously voted on Wednesday to forward the 3.8 million square foot proposal for an office development by Jay Paul Co. to the city council with a recommendation for approval of the project, which occupies approximately 8.1 acres in the heart of the city Land would elevate the city’s downtown core. Council members are expected to vote on the project sometime this summer.

That important approval from the city council’s advisory body, however, comes as some historic preservation groups in the city are also aiming to save one of the nine buildings slated to be demolished by designating it as a historic landmark.

The 1973 building on Park Ave. 170 was once a bank building and later served as a courthouse. It was named the “Sphinx” by the Preservation Action Council of San Jose because of the shape of its facade.

The two-story, nearly 30,000-square-foot building at 170 Park Ave. was once home to the Bank of California, then the Santa Clara County Superior Court. Now it stands empty and is expected to be demolished along with the rest of CityView Plaza. Photo courtesy PAC SJ

According to city officials, it meets at least five criteria that could be included in the city’s list of historic landmarks, including an example of an important part of the city’s history. Have distinguishing features of modern and brutalist architecture; and designed by an architect architect.

The San Jose Historic Landmarks Commission unanimously agreed this month to begin the process of recommending the property as a city landmark – a designation that could prevent the building from being bulldozed if approved by the city council.

But several planning officers said on Wednesday that they would be happy if it worked.

“I came to San Jose as soon as this (CityView) project was built and for years I listened to apologies from renovation and planning workers who built a building that was so inappropriately and poorly planned,” said Commissioner Michelle Yesney.

Jay Paul representatives said they tested several methods to keep the building in place. One option investigated whether one of the towers could be erected over the stable building, but the group eventually concluded that it would not be possible as pillars would have to be built through the old bank and courthouse to stabilize the new development .

Ben Leech, executive director of the San Jose Preservation Action Council, said he was not satisfied that the developer was looking at all of the options available to preserve the building.

“This is not about conservation or development,” he said in an email to the news organization after the meeting. “It’s not about either / or, but about how to achieve both. The developer gave us many reasons why they would prefer but no valid reasons why they can’t. “

The organization is also concerned because new information about the project has become available to the public in recent days, leaving residents little time to review and comment on some parts of the development plans, representatives from the group said Wednesday.

For this reason, PACSJ asked for a delay in the planning committee’s vote on the development. This request was not approved to the convenience of Jay Paul Co., who is already working on a 19-story building nearly 1 million square feet across from CityView Plaza at 200 Park Ave. This development is expected to be integrated into the renovation of CityView Plaza in some way, company officials have said.

“We believe that now is the time to invest in the future of San Jose,” said Janette D’Elia, Chief Operating Officer of Jay Paul Co. “We are actively talking to prospective tenants about their post-COVID strategies set and you know timing is everything. “ 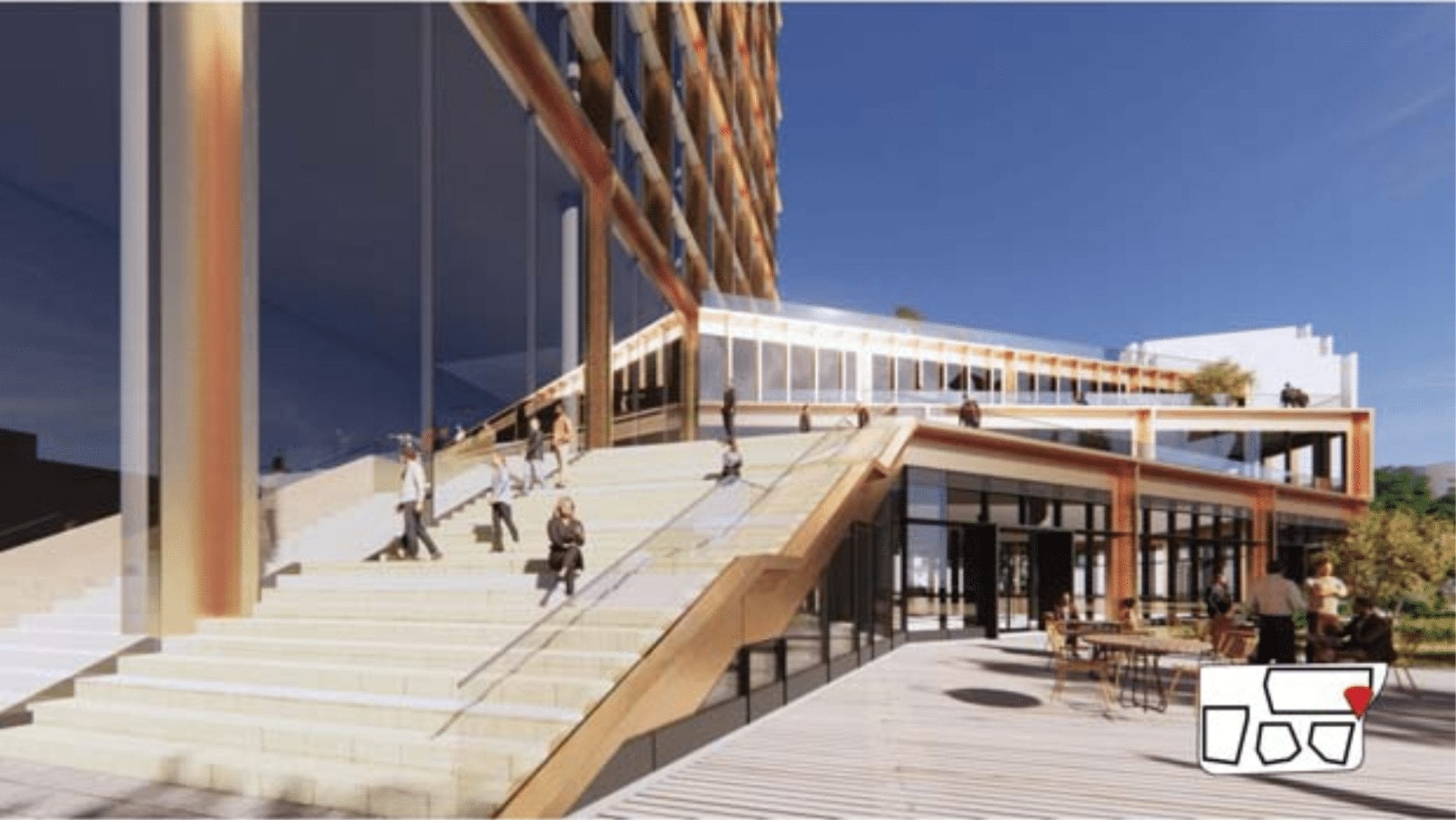 While the potential recommendation to keep the small building on the corner of Park Avenue and Almaden Boulevard remains in motion, Jay Paul’s project also continues.

If approved by the city council, development would begin later this year and take nearly six years to fully complete.

The proposal would bring about 3.6 million square feet of office space to over 24,000 square feet of retail space. About 6,230 parking spaces would be underground, maximized by lifting platforms and valet parking. Jay Paul asks to be allowed to build the project 24 hours a day.

The commissioners agreed to this proposal, but with a recommendation that Jay Paul work with the city to reduce the number of parking spaces in the development.

“We need people who use transit to get around, we need people who walk and ride bikes,” said Commission chairman Shiloh Ballard. “If you build it, they will come. … If we build 6,000 parking spaces, they will likely be full, and if we don’t, people will find another way to get there. “ 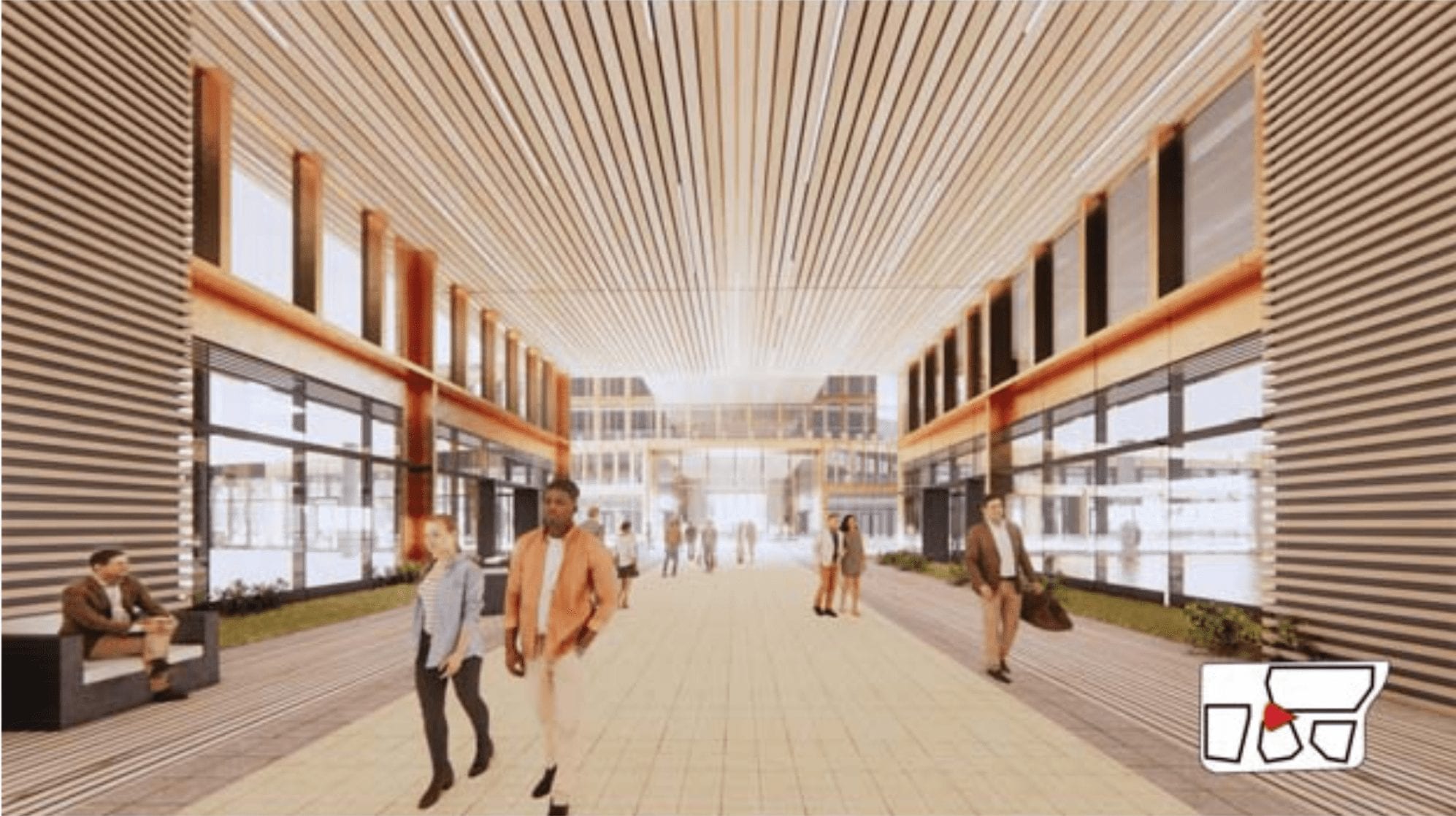 Yesney, who applied for the project’s approval, said she was uncomfortable asking the developer to block some of the parking spaces as it could affect funding.

“There’s a hell of a lot of parking in the middle of downtown,” she said. “But that will revive part of the city center, I think, and I don’t want to do anything with it at this point.”

Indeed, Phil Mahoney, Executive Vice Chairman of Newmark Knight Frank, who is working to lease development on behalf of Jay Paul, agreed that parking will be an important part of the package – especially in the post-coronavirus world.

The primary-time mom cat is confused by the conduct of the San Jose cat.