After negotiations with a major developer failed and a lawsuit ensued, the 27 acres of open land along Evergreen Valley College remained untouched for years.

And now it’s back to the drawing board of what to do with college land.

The once promising development opportunity is suspended as the San Jose Evergreen Community College District ponders what to do with the free land. District administrators held a public meeting on Saturday asking for ideas.

More than 70 people took part in the virtual discussion, many advocating that the district expand academic programs to attract students who have left the area for other colleges. Some said housing is badly needed. However, community leaders in the East San Jose area say their voices have been suppressed by district leaders.

“I think as the lawsuit progresses, they’ll be more comfortable talking to the community about what we can agree on,” Robert Reese, a member of the District 8 Community Roundtable, told San Jose Spotlight. “We ask them to be clear about what educational purposes they intend and how they will achieve them.”

Matt Bohannon, vice president of Brailsford & Dunlavey, moderated the meeting with district officials on Saturday. The development management firm is helping with public relations and on April 3 presented plans to the Board of Trustees to redesign the Evergreen Valley College campus.

The designs include a new sports complex, student service center, and a three-story building for language arts classes. There are no development sketches or construction plans for the 27 hectares. 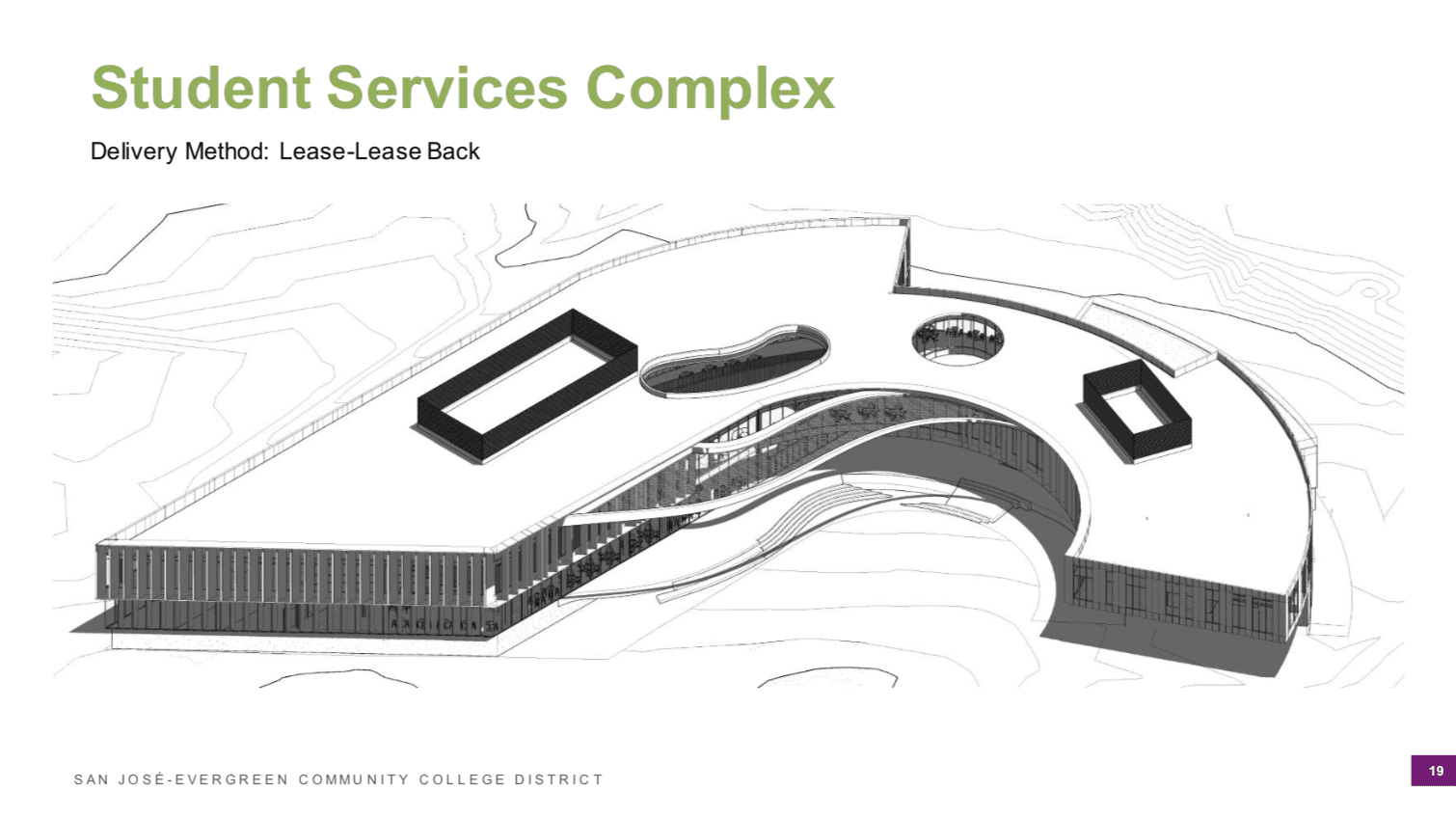 A common theme on Saturday was trying to use the land for educational purposes. Many residents complained about the lack of degrees and programs at Evergreen Valley College, forcing students to study elsewhere and enrollment falling.

“The majority of our students see Evergreen (Valley College) as an extension of a local high school,” said Raquel Ornelas, a resident of Evergreen. “They’d rather get on a bus and go to De Anza College, then hop on the bus or skateboard down the road to Evergreen.” 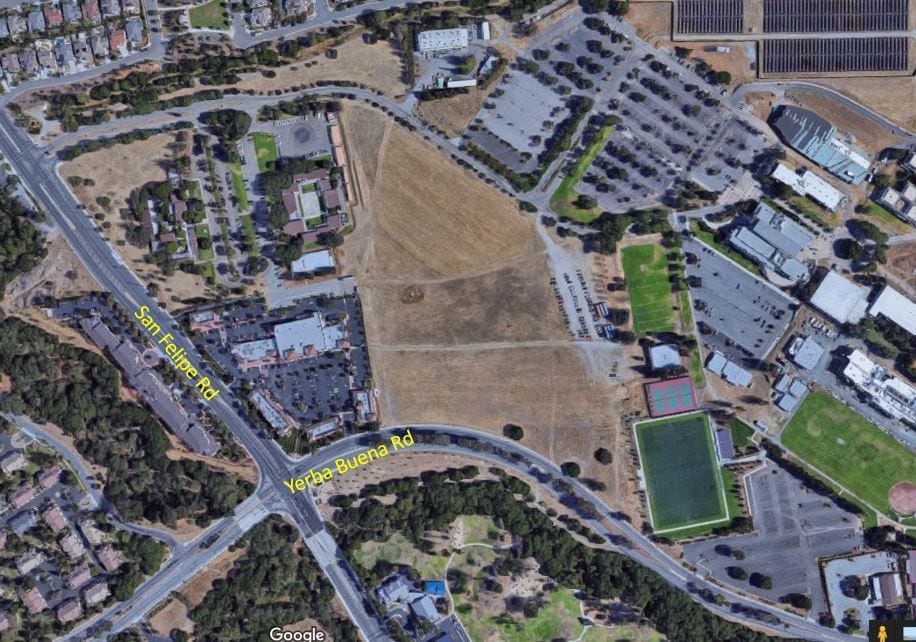 An aerial view of the 27 acres of excess land near Evergreen Valley College. File photo.

The story of the future of the free college land spans 17 years when the land was first designated as a surplus by the district in 2004.

The district successfully campaigned for San Jose to enable commercial development in the country in December 2016, along with 103,000 square feet for a proposed senior care facility and medical practice. The developer Republic Urban dropped plans for housing on the site after considerable opposition. But in July 2019, negotiations between the college and the developer turned sour and the district pulled back.

The developer sued in October 2019 and the case continues to this day. The two sides are in pre-trial settlement talks.

Now the district asks the community what should happen next.

“Evergreen Valley College should be no less ambitious than the one on the west side so that our students also have the ability to work in the high-end technology workforce,” said a resident named Dave.

Members of the District 8 Community Roundtable, a local neighborhood organization, said 17,000 students in Evergreen left the area to attend larger community colleges such as West Valley, De Anza and Foothill.

“This is truly an educational land,” Grace Lutheran Church pastor John Goldstein told San Jose Spotlight. “We have to change the terminology and talk about the educational use of the country.”

Student Demi Yang said her studies at De Anza College will be made easier because the campus has a daycare center – which Evergreen Valley College no longer has.

“I was hoping that the educational advancement land could be used to support the results of the students in any degree they choose,” she said. “I hope there is also land that has been preserved as a natural wetland so that our community can be more immersed in nature.” 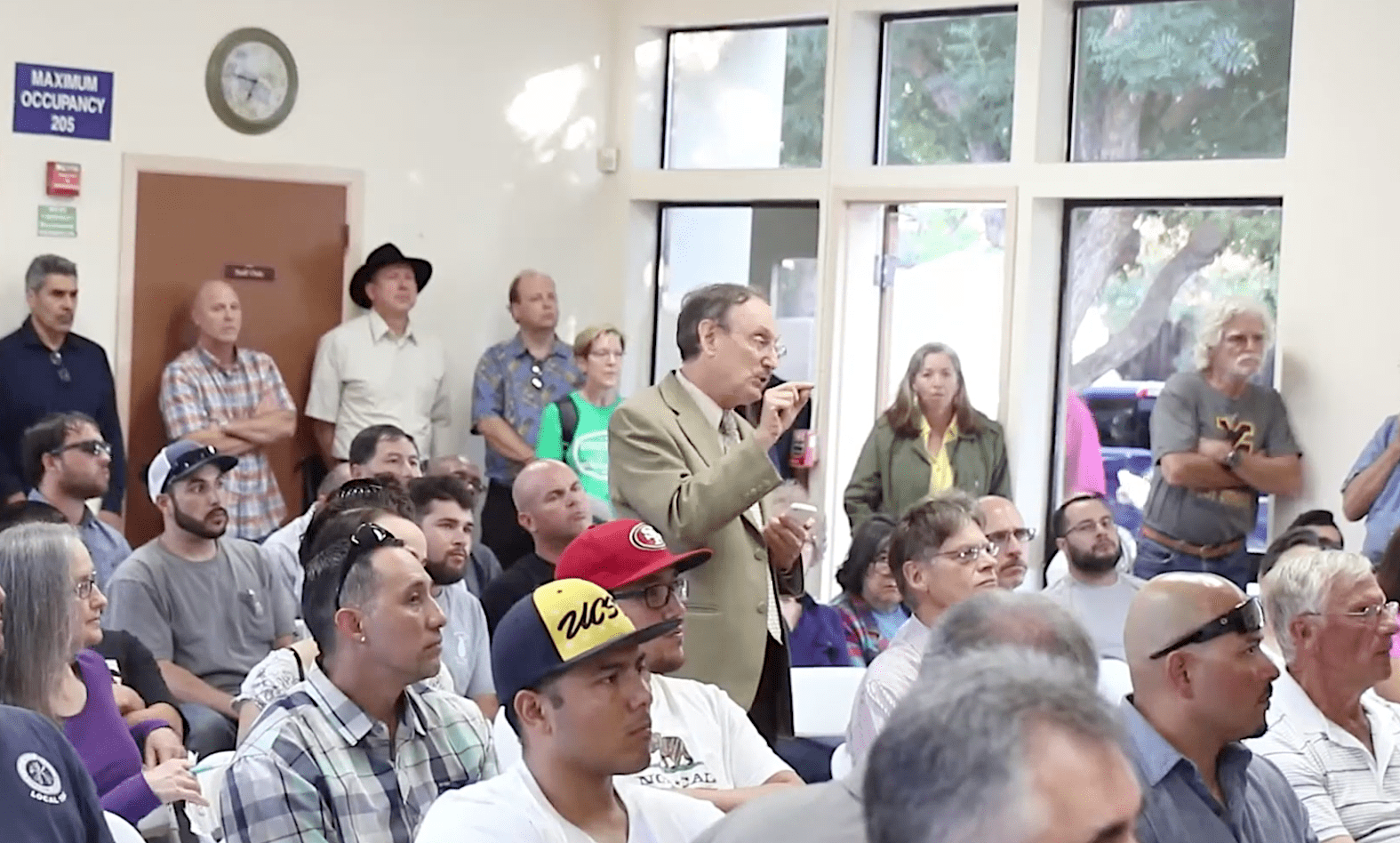 San Jose-Evergreen Community College District Chancellor Byron D. Clift Breland, who writes an educational column for the news organization, said the district will discuss “next steps” and provide feedback on future uses of the land to the Board of Trustees.

Clift Breland hopes the district can expand high-tech programs with livable wage jobs and more vocational training programs to the 27 acres, as some residents suggested on Saturday.

Reese and others claim they were excluded from development talks with Republic Urban, saying decisions were made with little to no community engagement.

“(The district) has spent a lot of time apologizing to the community for not getting involved,” Reese said. “It was surprising that they asked us for a suggestion (recently) and now we have a meeting and we don’t really know what we’re getting into.”

With four new trustees on the board and a new CEO, Maria Fuentes, they hope their voices will be heard this time around.

“We look forward to (the inquiries) being sincerely considered when this comes back to the board,” he said.