During the march on May 1st in San Jose on Saturday, which was organized together with Papeles Para Todos, a campaign to safeguard the rights of 11 million undocumented immigrants, one message was heard above all: unity.

“Everyone comes here to have a better life,” said Mauricio Carrera, who took part in the rally downtown. “If you’re not based in the country, everyone here is an immigrant.”

Carrera, who was walking past the protest when it started in Roosevelt Park, said he had heard of May 1 but was unaware of its origins. The day commemorates the protest of 35,000 Chicago workers in 1886 who campaigned for an eight-hour workday.

Louis Rocha, Senior Campaigner at Communications Workers of America, began the protest by explaining the story of May Day and emphasizing the depth of the sacrifice yesterday’s work organizers had made.

“The labor leaders were hanged, but they will be honored on May 1st,” Rocha said. “We are the new face of the labor movement.”

Protesters ended the march in front of San Jose City Hall on May 1. Photo by Sonya Herrera.

Joey Iyolopixtli, a member of the Bay Area-based Muwekma Ohlone tribe, said the struggle for indigenous power was essentially linked to the struggle for the rights of immigrants and workers.

“If we leave today, please think about why we are all doing this,” announced Iyolopixtli as the protesters prepared to enter Santa Clara Street. “All we want to do today is show solidarity and unite the struggle.”

The rally on Saturday, attended by around 200 participants, was the first large gathering since protests in San Jose against the murder of George Floyd last May, during which a confrontational police presence took place with tear gas and rubber bullets. While some were nervous about possible police clashes, the May Day demonstration remained peaceful. It started in Roosevelt Park and ended in nearby San Jose City Hall.

The participants marched and sang “Si Se Puede!” And held signs ranging from “Medicare for All” to “Abolish the Police”.

Some activists criticized the anticipated decision by the police to close Roosevelt Park before the march, calling it a racist act. However, the park was opened in time for the march.

The government’s Immigration Reform Act, the Citizenship Act of 2021, would grant legal status to certain undocumented immigrants, including those covered by the Deferred Action on the Arrival of Children Act commonly known as “dreamers.” . There are an estimated 180,000 undocumented immigrants and 30,000 dreamers in Santa Clara County. 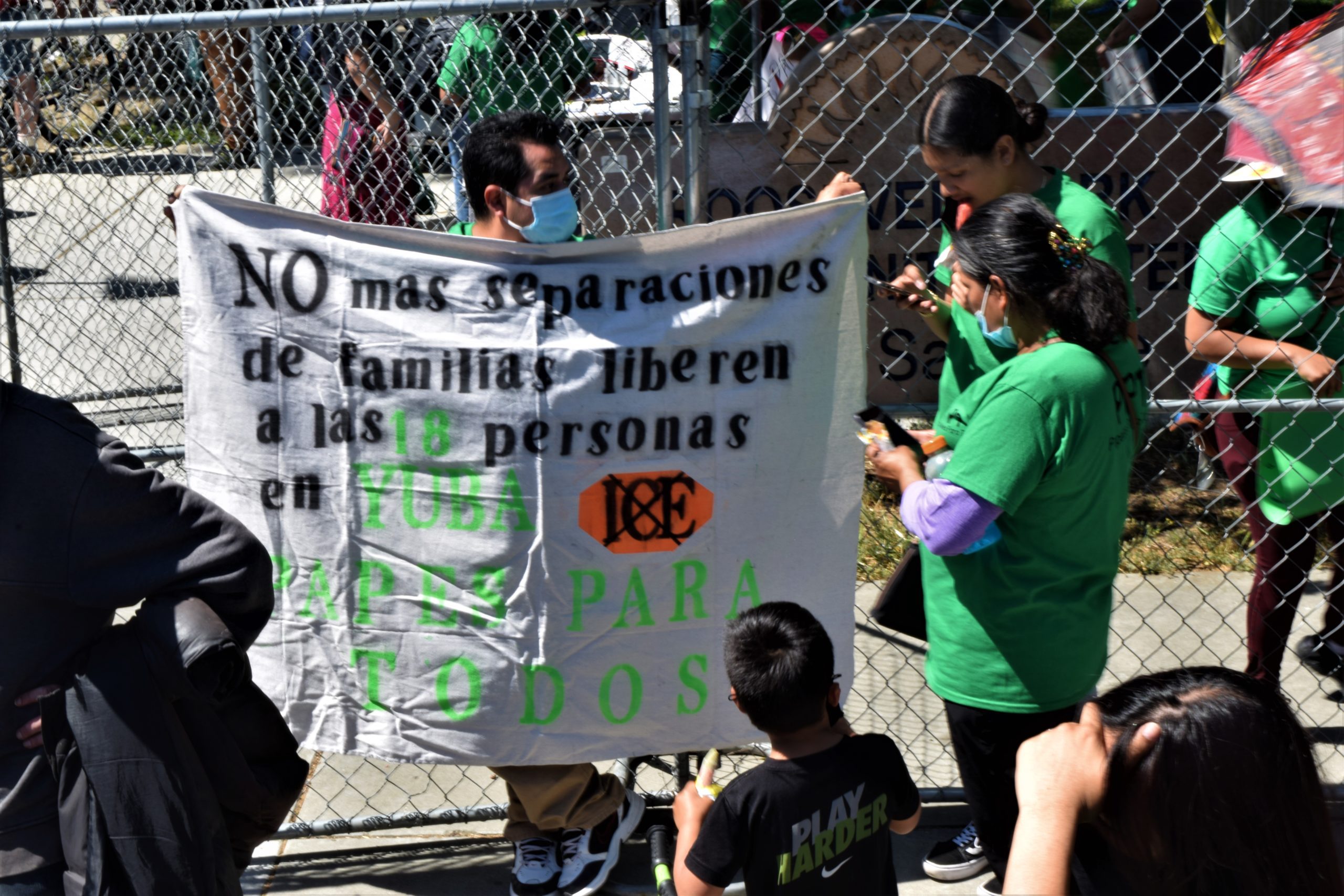 A member of the Papeles Para Todos campaign holds up a sign calling for an end to family segregation at the border. Photo by Sonya Herrera.

But the Biden administration recently said it would not use budget voting or other special powers to allow senators to pass the law by simple majority and said it wanted the legislation to be “bipartisan”. Bustamante said he was disappointed but not surprised.

“We fall into the same old pattern of bits,” said Bustamante. “The administration really has to work together.”

Many protesters also linked May Day with the struggle for more racial equality amid the Black Lives Matter movement. San Jose police killed 27-year-old Daniel Tovar on January 21, who was unarmed.

Tammi Fuqua said undocumented immigrants, blacks, and workers fighting for protection all agree to achieve the same goal: being able to live their lives in peace and provide for their families.

“It all stems from racism,” said Fuqua. “We’re all fighting the same fight.” 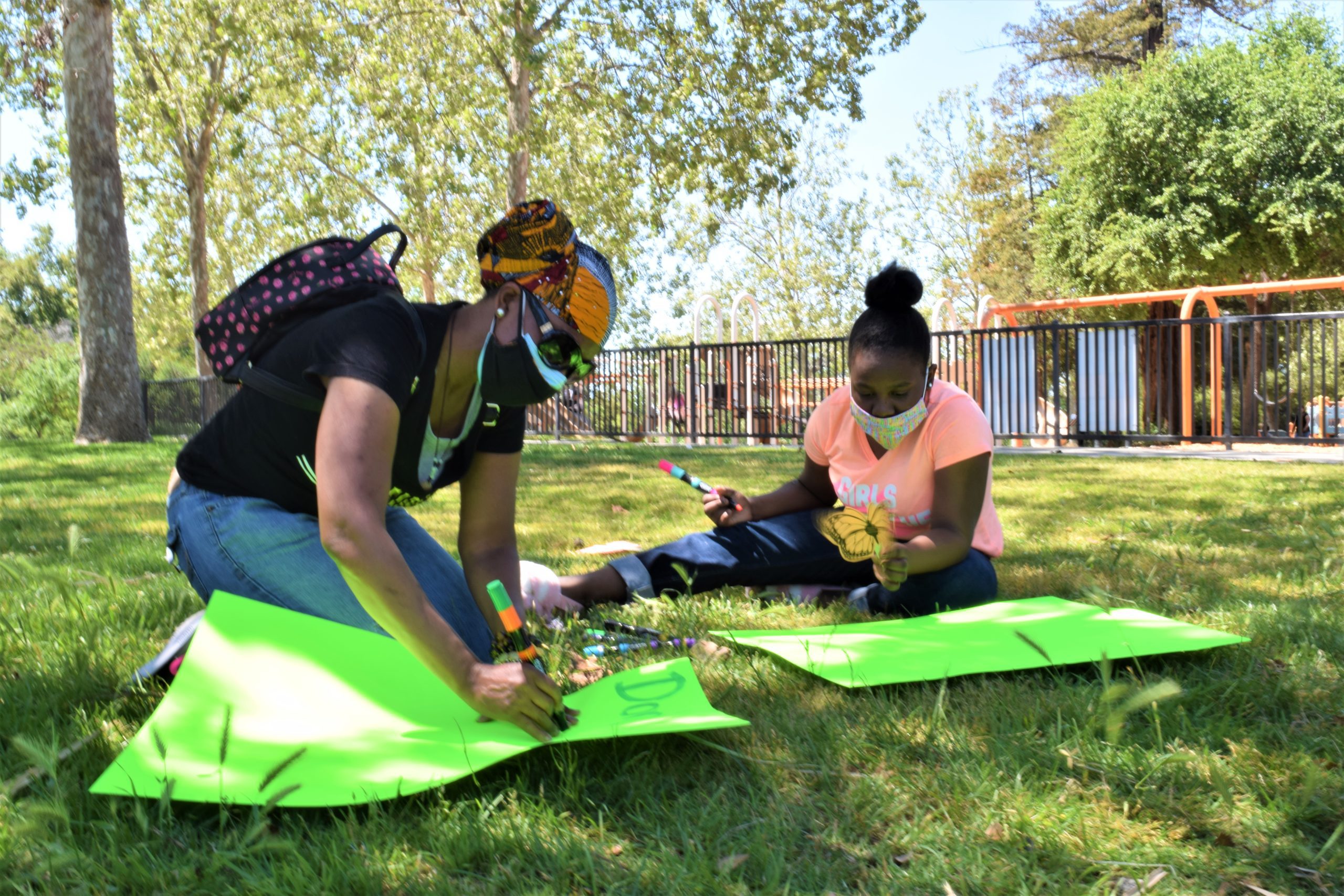 Tammi Fuqua and her daughter will post signs in Roosevelt Park ahead of May 1 in San Jose. Photo by Sonya Herrera.

Fuqua is a union worker at Food Maxx but said she is no stranger in a hostile work environment. Years ago, Fuqua said she was sacked by United Parcel Service after being injured.

“I don’t like bullies,” said Fuqua. “I’m just out to support union jobs.”

Bustamante said undocumented immigrants are workers, just like citizens fighting for union jobs, and that the campaign to protect workers around the world is part of the same basic struggle.

“It’s all connected,” said Bustamante. “We have to push for everything.”