Editor’s Note: San Jose Legends is a new monthly series that tells the remarkable stories of the historical and legendary people who shaped and changed our city.

Rod Diridon has a train station named after him and is widely known as the “father” of Silicon Valley’s modern transit system.

But to hear him about it, his decades-long focus on transportation began not because he had any particular expertise or enthusiasm for the subject, but because he was the lowest in the pecking order.

By the time he won a seat on the Santa Clara County Regulatory Authority in 1974, she had just launched a nationwide transit program that had gotten off to a terrible start. Among other things, the small fiber optic buses that the district had bought for the service were on fire. Since Diridon was the newest board member, his colleagues gave him the seemingly thankless task of clearing the mess.

“I got on the transport by accident,” Diridon told San José Spotlight. “You made me responsible for the transit because I was the youngest.”

Diridon quickly turned the service around and helped put it on a solid financial footing. And that started his career as a transport guru in the region. Along the way, he helped launch the Santa Clara Valley Transportation Authority, led the construction of the area’s light rail system, and paved the way for California’s future high-speed rail system.

“Rod Diridon deserves the title of father of transit throughout Silicon Valley and the Bay Area,” said Carl Guardino, former CEO of the Silicon Valley Leadership Group, who has known and worked with Diridon on transportation issues for more than 30 years .

Diridon wanted to work for the local railroad as a child

That he would eventually play such a fundamental role in the San Jose area’s transportation network was not evident in Diridon’s youth.

He grew up in Dunsmuir, a poor railroad town near Mount Shasta. As a teenager, Diridon made money cutting down trees in the forest and peeling them to sell as poles in the market. He also fished every weekend so his family and neighbors could eat.

“We learned to work hard and to be very happy with a humble lifestyle,” said Diridon. “When the TV came in when I was young, we realized we were a little more humble than we thought and of course that made us strive for more.”

In his youth, Diridon played soccer, ran the track and worked a number of jobs, including as a gas station attendant and an apprentice carpenter. But his goal was to work for the railroad like his father, the brakeman on the South Pacific Railroad – now Union Pacific – was in Dunsmuir. His father changed his name from Claudius Diridoni to Claude Diridon to get the job since the United States would be at war with Italy and the South Pacific District Manager would not hire Italians.

Diridon said his inherited name may have anticipated his career. “Diri” is Latin for direction and “doni” means giver.

“Direction giver,” said Diridon. “Politics was probably a good professional field for me.”

Rod Diridon wanted to work on the railroad as a child. In the end, it would change Silicon Valley’s transit system. File photo.

People around him urged Diridon to set his goals higher than the railroad tracks, especially after getting good test scores in high school. So he went to college in the Bay Area and eventually earned both a bachelor’s degree in accounting and a master’s degree in statistics from San Jose State University. He ended up working for the railroad, swinging sledgehammers and digging trenches and later as a brakeman and firefighter, but only to cover school expenses.

After two business trips to Vietnam and two years at the aerospace company Lockheed Martin, he founded the Decision Research Institute, in which one of the research methods he developed was adopted by the United Nations. This experience helped Diridon sign up for the Junior Chamber of Commerce, which ultimately led to his forty year career in politics and politics.

He has long focused on transit issues

Diridon’s first post in politics was as a member of Saratoga City Council, to which he was elected in 1973. In the following year he was elected to the supervisory authority of the district. In 1976, Diridon made history by citing the first California sales tax designated for transit. This tax led to the creation of the Santa Clara Valley Transportation Authority.

Over the next 20 years, Diridon chaired each of the county’s transit programs at various times. He headed nine different bodies that oversaw railway construction projects and led the reconstruction of the so-called Diridon Station.

“My friends in politics have said that they run for office all the time so they can never focus on the job they were chosen for,” Diridon said. “And I (transport) is all I focused on, so that was a good thing.” 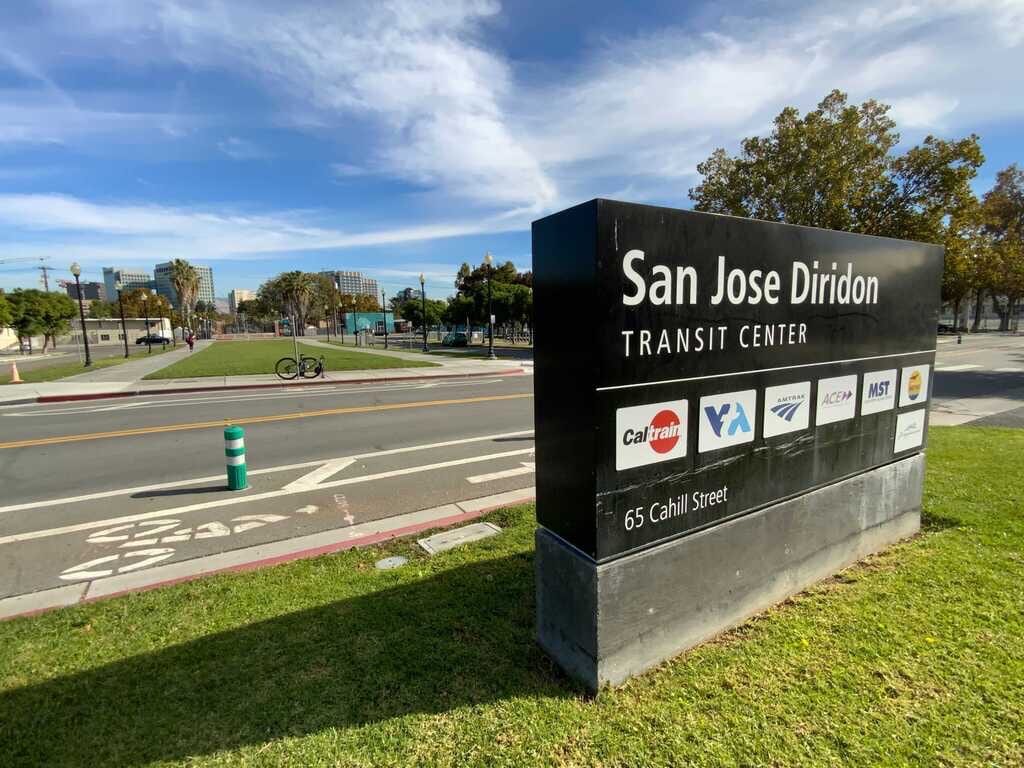 Diridon Station in downtown San Jose, named after Rod Diridon, is shown in this file photo.

Nuria Fernandez, General Manager and CEO of VTA, commended Diridon for his unparalleled commitment to transit in Santa Clara County.

“Rod’s incredible vision and foresight that began some four decades ago has resulted in a 42-mile light rail network and many road and highway improvements that have benefited San Jose and our region greatly,” said Fernandez.

After Diridon resigned from the Board of Directors in 1995 due to term restrictions, he began to take on a larger role on transit issues in the state and at the national level. He directed the Mineta Transportation Institute in the state of San Jose. He directed the Transit Cooperative Research Program, a branch of the National Academies of Science, Technology, and Medicine. And he was a member of the California High Speed ​​Rail Authority Board.

An ongoing theme in Diridon’s political work throughout his career has been environmental protection and sustainability. As a liaison with the county parks, Diridon pushed for more space. Above all, he wanted to expand the Sanborn Park in Saratoga, which he called “his park” because he married his wife Gloria there.

When he was first elected to the Board of Supervisors, the county had 800 acres of parkland. When he left it was 43,000 acres.

While leading the Transit Cooperative Research Program, Diridon secured funding for a study on how sustainable transport can help combat climate change.

Even after his alleged retirement, Diridon has remained active in transport and environmental issues. During the 2016 campaign to pass Measure B, a sales tax measure to fund transit projects, Diridon volunteered several days a week to help with public relations, Guardino recalled.

“How often do people so selflessly sign up for unpaid roles?” Guardino said. “He was already in his seventies and could easily put his feet up on a couch reading scrapbooks.”

But Diridon did not and does not want to read scrapbooks. He wants to fight climate change and help make the world a better place for his four grandchildren.

As he talked about his hopes for the future, Diridon coughed and apologized for the interruption. Diridon has had trouble speaking for the past 10 years. A tumor in his chest had torn the nerve connected to his left lung and the nerve connected to his left vocal cord. It makes him cough and gives his voice a rasp, but it doesn’t stop him from continuing to advocate for a green climate policy.

He now chairs the regional Rotary Climate Action Council, which encourages city leaders to tackle climate change. In particular, the group promotes the use of transit, the switch to electric cars, the minimization of natural gas consumption and the installation of solar power systems in residential and commercial buildings. Diridon gives speeches about Zoom to community leaders every week in support of environmental research and activism between visits from his grandchildren who live two doors down.

“I’m going to do that for the rest of my life – fight hard to fight climate change through Rotary clubs,” Diridon said. “There are 32,000 Rotary clubs in the world. If we can communicate with local communities through these clubs, we may have an impact on the world’s ability to address climate change in a timely manner to prevent it from becoming incurable to our children . “