Anthony Domondon suffers from heart failure, diabetes and HIV – but that was not enough for a hotel room under the state’s program for the homeless at risk of COVID-19.

“Basically, they want me in a body bag before they give me a hotel room,” Domondon told San Jose Spotlight.

Sitting on a curb outside a now closed Office Max in downtown San Jose, Domondon had a colostomy bag under his sweatshirt and said he felt he only needed three pre-existing medical conditions to sign up for Project Roomkey.

“They just said, ‘No, that’s it,'” said Shaunn Cartwright, a longtime homeless attorney and founder of the Unhoused Response Group. “I was just shocked – with all these conditions and the fact that they were back on the streets with COVID-19 and winter that they wouldn’t find shelter.”

Santa Clara County operates eight hotel locations with 540 rented rooms as part of the project. But the program still leaves people like Domondon out in the cold.

Santa Clara County Health Department officials would not explain why the criteria changed or provide a list of criteria. According to the county health authorities, a homeless person’s number of illnesses is part of the assessment to qualify for a room.

“Even illness can qualify a person for a hotel room due to the severity of the illness and the resulting risk for complications from COVID-19,” the county said in a statement to San Jose Spotlight.

However, people over 75 can get a room without any pre-existing illnesses.

Eligibility for hotel rooms is determined by medical professionals from the county’s Valley Homeless Healthcare Program, which provides health services to more than 7,000 homeless people annually.

Mark Tiernan, assistant chief of staff for Otto Lee, supervisor for the Santa Clara district, said his office had also received inquiries regarding a change in the criteria for Project Roomkey.

“It is really evident that the COVID-19 numbers and deaths continue to rise,” said Tiernan. “The change from the three criteria to a fourth criterion shows that we actually need more rooms.”

District officials say there are only five rooms left through Project Roomkey. The San Jose City Council recently approved grant agreements to keep one such hotel, the Sure Stay Hotel at 1488 N. First Street, operational until the sanctuary is cleared.

Back on the streets

Domondon ended up in a warehouse in Columbus Park after his health problems made it impossible to keep a job and pay rent.

The 35-year-old returned to his ex-boyfriend’s tent in the park because he said it was the only house he knew.

“It was hard for me to go to sleep because not only is crystalline methamphetamine being passed around, but the worry that someone might come and burn your tent down while you sleep in it,” said Domondon.

The volunteer Nguyen Pham, who befriended Domondon, was surprised that he was not entitled to a hotel room despite his illness.

“I would use my own money to get him and his tentmates food, blankets, and even decorations for his tent,” said Pham.

Back at the camp, Domondon knew that he had to have a roof over his head for health reasons.

“I’ve basically got so many problems with myself that if I’m out here any longer I’ll die,” said Domondon. “My doctor himself told me that I would die if I came back here.”

In affluent Silicon Valley, a lack of shelter amid the COVID-19 pandemic is contributing to an alarming surge in homeless deaths. As reported by San Jose Spotlight, a homeless man named Ruben Eldridge Hill was found dead under an overhang in downtown San Jose in December. Only one night shelter was open that night – in Gilroy.

According to the coroner’s office, 196 homeless people died between December 1, 2019 and November 30, 2020. This corresponds to an increase of 22% compared to the number of homeless people of 161 people in the previous year.

After being denied a hotel room to protect himself from COVID-19, he was able to secure accommodation in the South Hall – one of the temporary pop-up shelters in San Jose to make up for lost beds due to social distancing in permanent shelters .

“I didn’t feel like he’s staying in a tent where everything is torn up was a good idea,” said Pham. “I was happy to see he came to the South Hall.”

Domondon said he was still worried about catching COVID-19 as he shared the emergency shelter with other people. Santa Clara County Public Health officials said 440 homeless people have remained in the South Hall since Nov. 18.

The pop-up shelter also had 24 confirmed cases of COVID-19 and five cases among staff during that period. 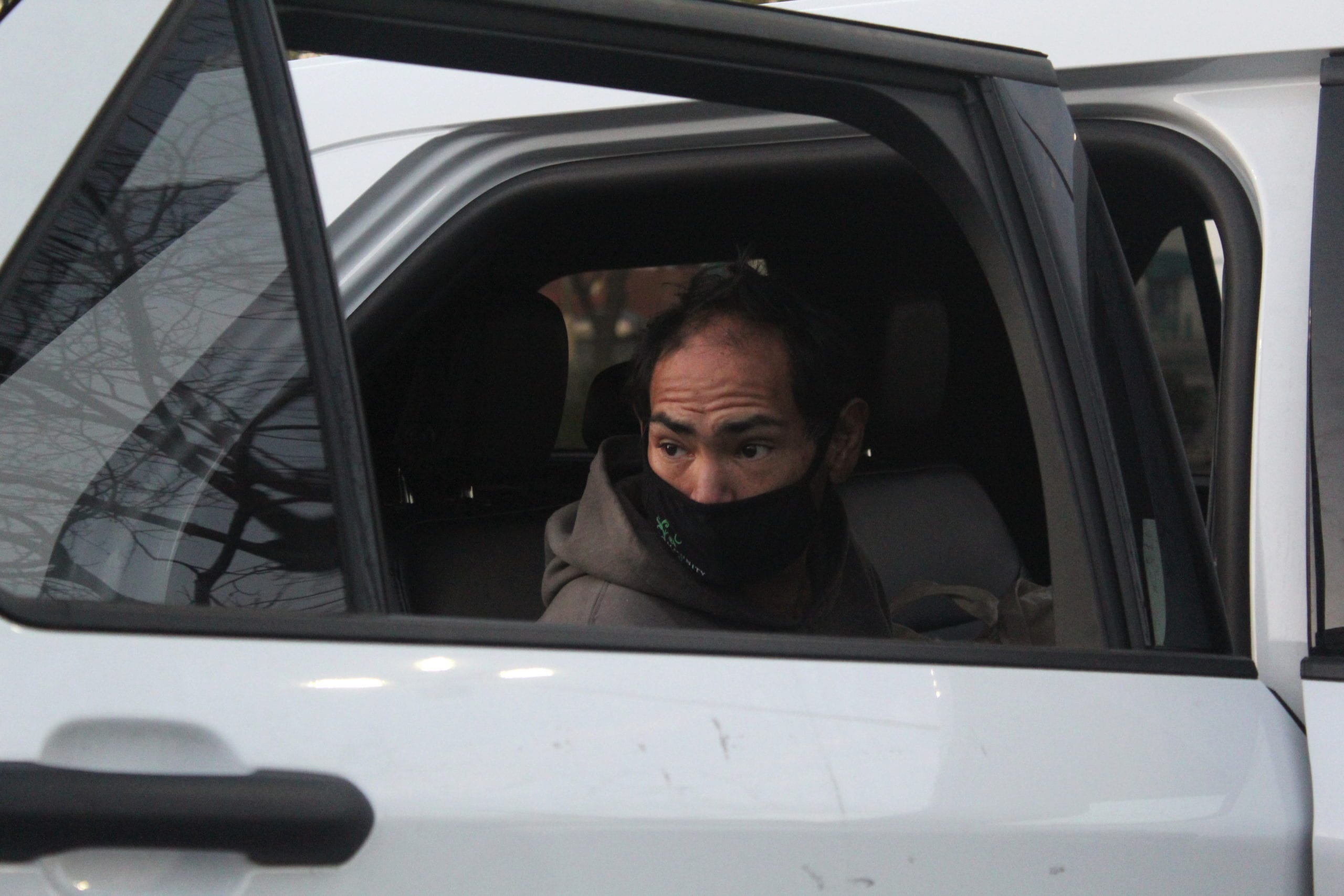 Anthony Domondon is preparing to head to South Hall in his support vehicle after an outreach worker picked him up with the pop-up shelter near Columbus Park in San Jose. Photo by Vicente Vera. Domondon got up from the curb, where he was sitting with nothing but a blanket and a laptop, and drained some fluid from his colostomy pouch before being taken to South Hall by an outreach agent.

“I’m a little doubtful about going to South Hall, but I have to stay out of the elements because of my colostomy bag and my eyesight is poor at night,” said Domondon. “But at the same time I’m ready to just freak out and concentrate everything on myself.”

Is there a sooner approach to get to I-5 from San Jose?